30m climbing rope, screen printed straps, laser printed label.48 x 21 x 20 cm. The Red wire is a symbolic object dedicated to the artist and to the viewer. Commonly used, “Fil Rouge” in french means the common thread, which defines a theme or characteristic found in various stories or situations. This notion refers to a common denominator which would make coherent even an eclectic group of ideas. This recurrence of reasoning becomes a code, a marker of logic, needed for any artistic approach intended for examination. This reflexive attitude, embodied by the rope, reduces the creative act and freedom. Facing the art world's expectations, such as following a coherent reflexion inside a presented work, the piece “The Common thread” warns us against the institutionalisation of debate. “The ropes in use in the Royal Navy, from the largest to the smallest, are so twisted that a red thread runs through them from end to end, which cannot be extracted without undoing the whole, and by which the smallest pieces may be recognised as belonging to the crown.” Goethe, 1809, "Elective affinities". 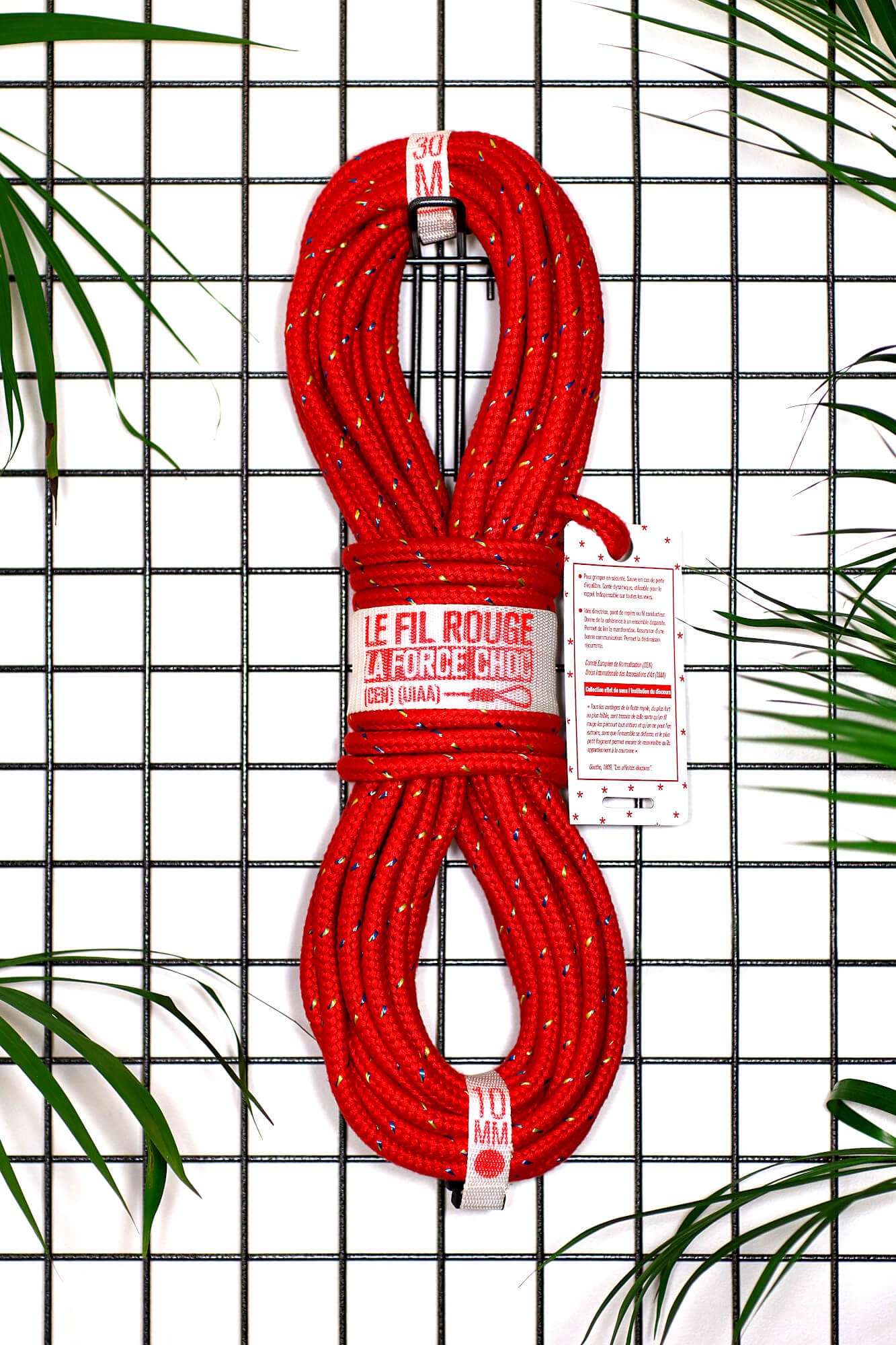