Plexiglas, dibond.155 x 40 cm. This alludes to the French abbreviation BOBO (bourgeois-bohemians), and CACA stands for Capitaine-Capito, a name given to a group of people whose freedom rights are constrained by an oppressive system – the same people who want to decapitate Capitaine-Capitol and end capitalism. The word, in the same typography as the multinational company Carrefour, shows that a capitalist model can process every marginal concept and integrate it within its own loop. 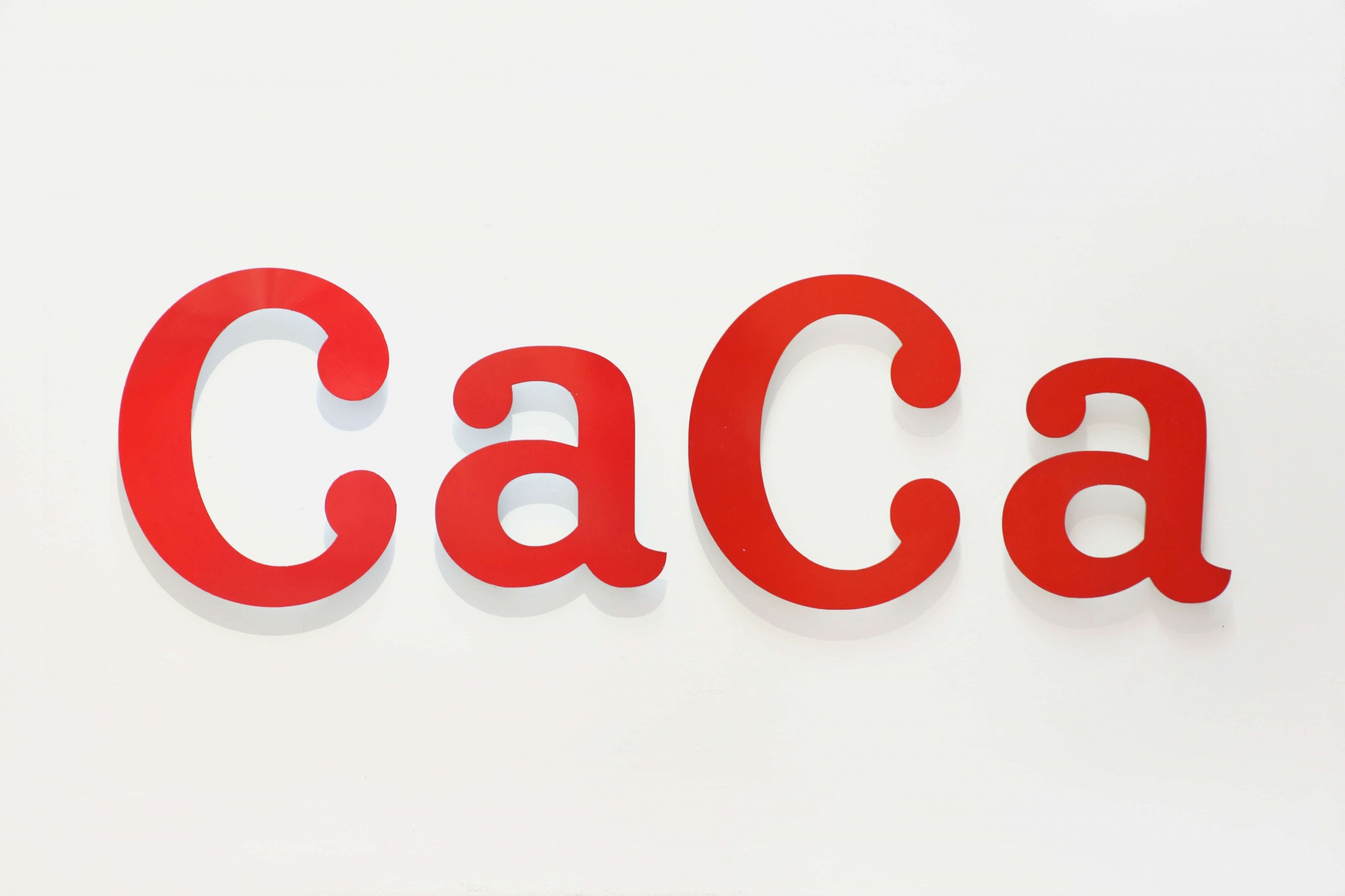