Jute fibre cushion, digital print.60 x 60 x 20 cm. This cushion is false evidence that gives a hypothetical ending to the movie, The Truman Show. The last scene of the movie shows the protagonist, Truman leaving an artificial world to join the real one. There is a sense of freedom at the end of the movie although it is probable that this will never be the case. The millions of fanatic viewers who followed his life every day, will never stop to spying on him. He will never be free. This subiect, like a relic from an alternative future, is a metaphor of media overexposure of public figures and celebrities. The picture shown here is of Jim Carrey at his mother’s funeral. 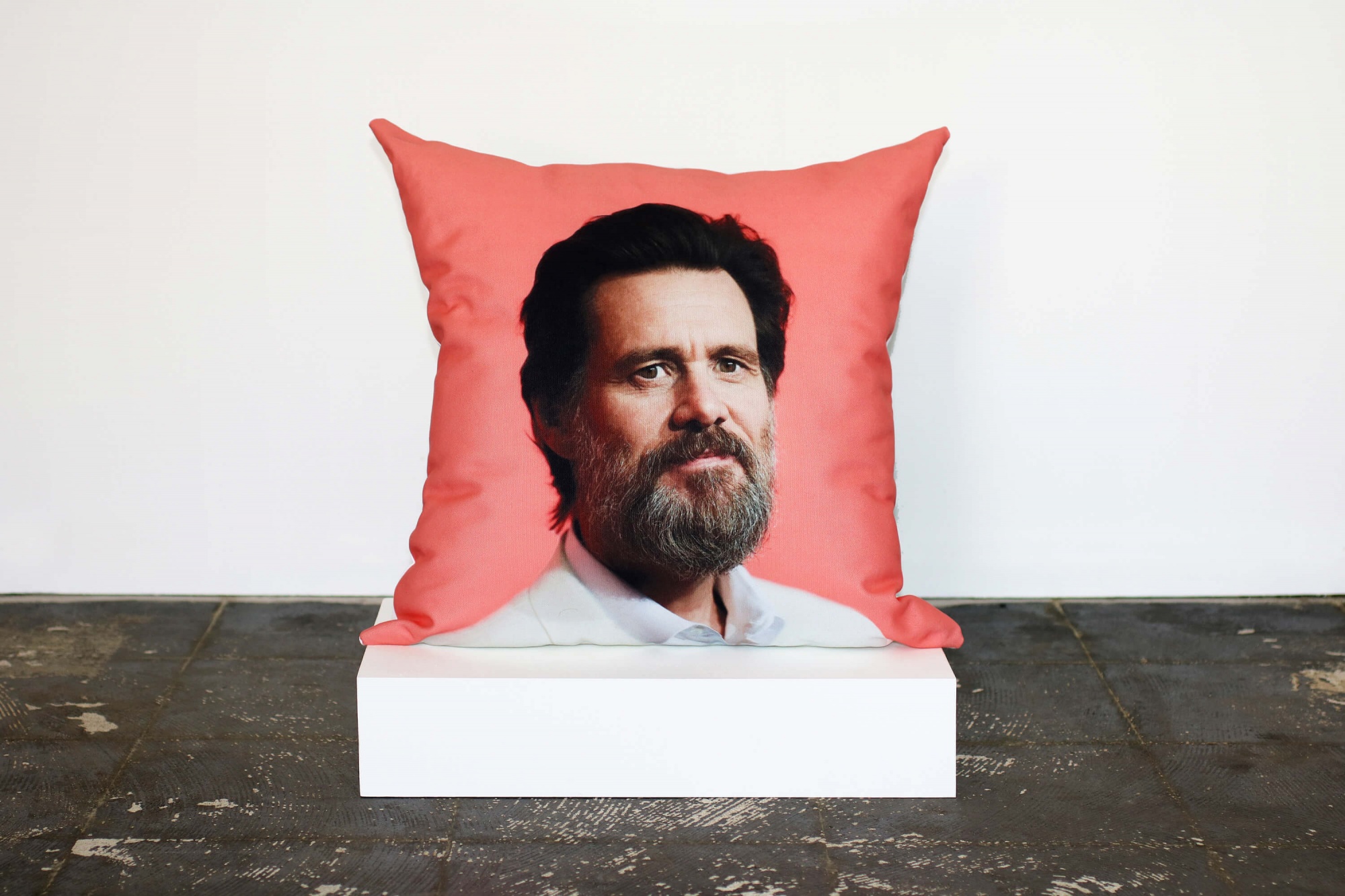