Oil on linen canvas, American box frame.60 x 90 x 3 cm. “An authentic still life is born on the day when a painter takes the fundamental decision to choose as a subject and to organize into a plastic entity a group of objects. That, according to the time and the environment in which he works, he charges them with all kinds of spiritual allusions, but he does not change anything in his own profound artistic nature: that of imposing his poetic emotion before the beauty he has foreseen in these objects and their assembly.” Charles Sterling, 1952. This oil on canvas was painted by an artwork reproduction company and copied from a photograph. The signature “Michael” on the canvas is the name of the company worker who painted it, and who was chosen from the reproduction company’s catalogue of artists. The name is a reference to Michelangelo. Lidl par David is a series of paradoxes: the classical nature of a still-life against a standardised reproduction by a Chinese company, or the nobility of the objects in a conventional still life against the banality of those shown here. Added to which is the problem of the contemporary artist’s appropriation of other people’s work. 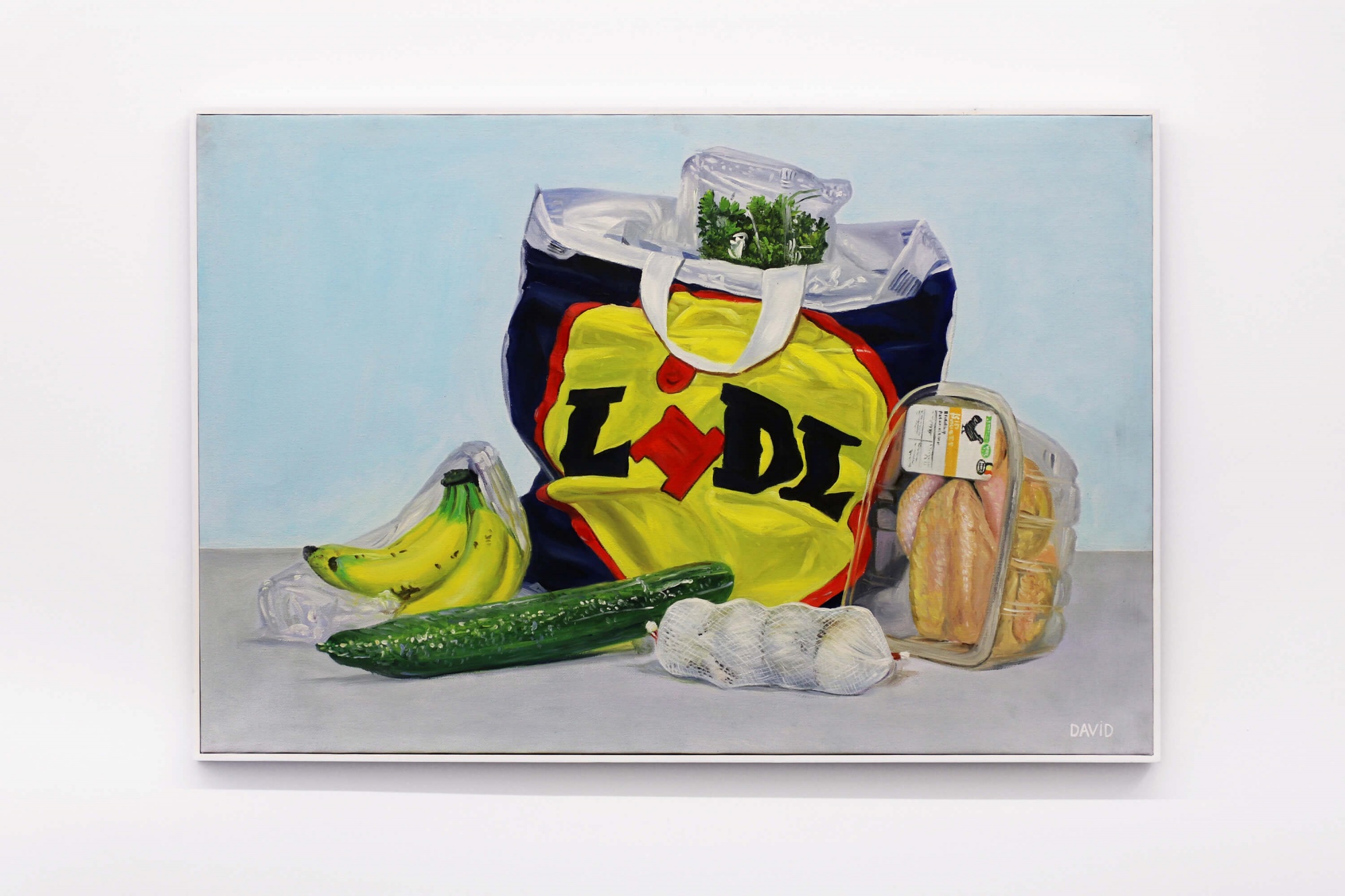