Typography neon.90 x 35 x 5 cm. Originally a folkloric creature, the troll, against humanity by nature, is today, referred to on the internet as a dehumanised, hostile and provocative character, who focuses the attention of a community on a fake debate. Discussions on subjects such as petrol and its ecological consequences monopolise and paralyse the debate. Petrol is a troll. The flame text has three references, petrol flares, the aesthetics of “tuning” and “flaming”, and the name given to highly controversial topics on the internet. 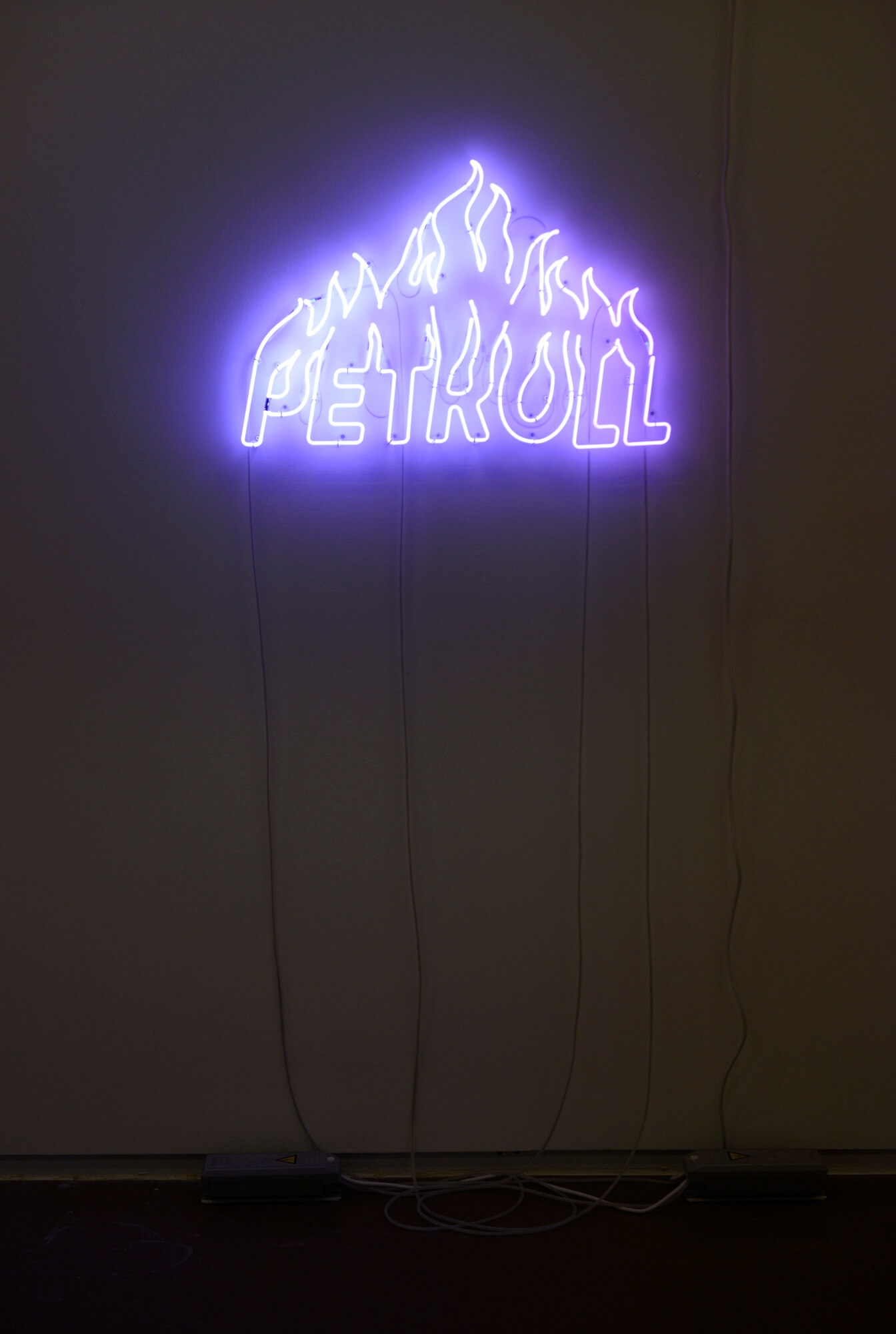 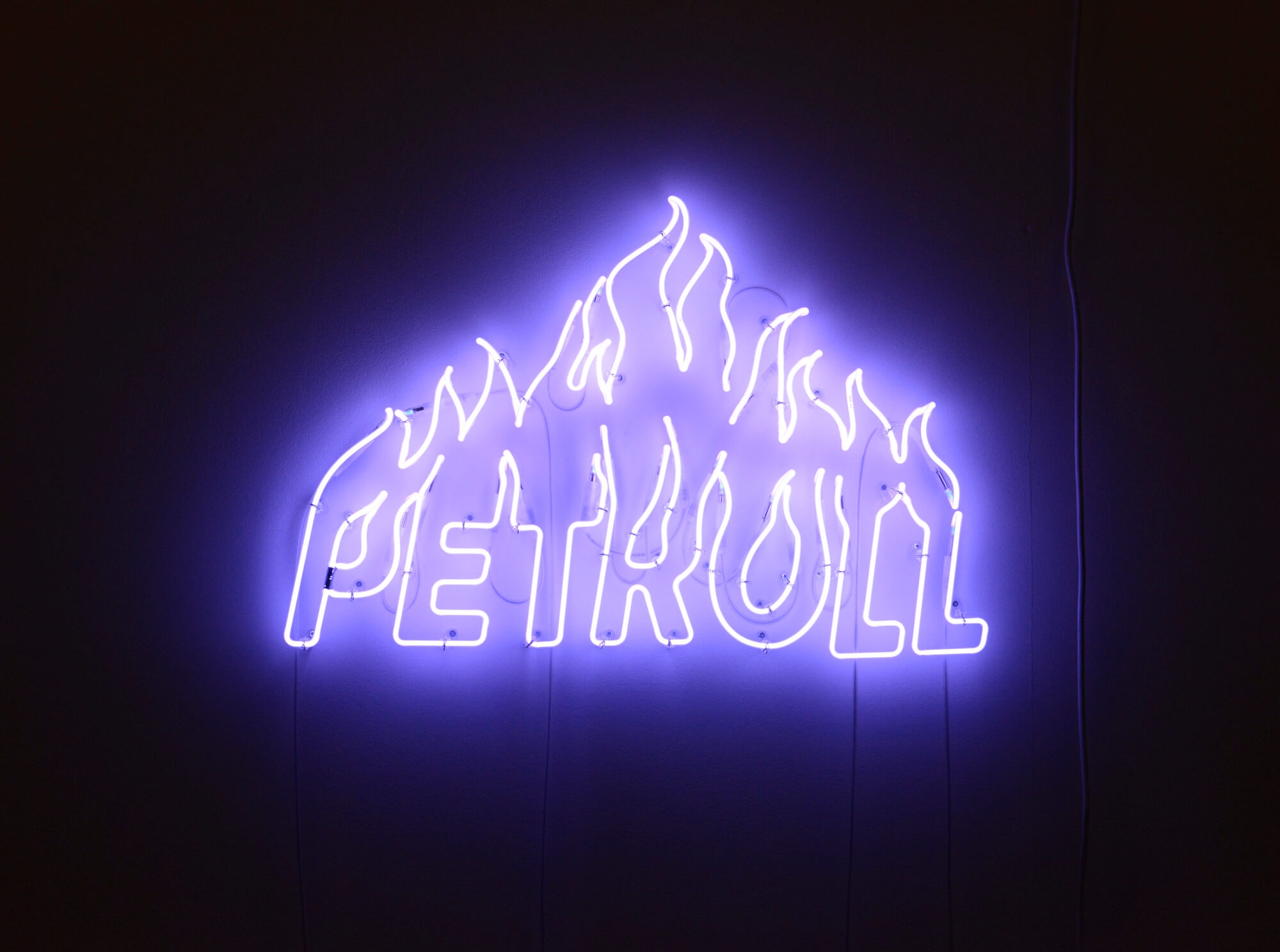 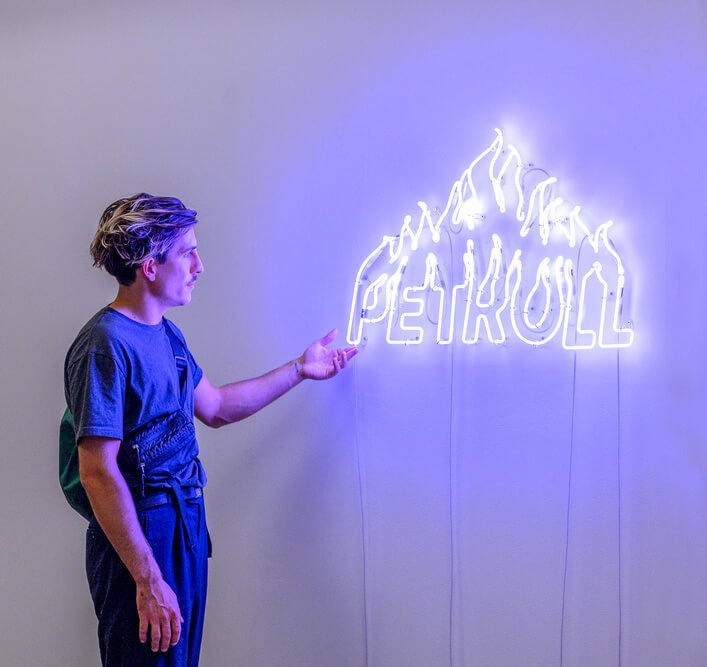