Lithography, Xylography and embossing on 250g japanese imitation paper.96 x 67 cm. Digital tools are copies of analogical practices. In the digital era, a simple clic is necessary to produce a mirror effect. To physically do this is useless and absurd. Fake twins represents a battle between the artistic image and the virtual image, a fight against the quickly made, quickly consumed, rushed, throwaway. This piece also illustrates a reflexion on the hierarchy of a mediums values from a mercantile point of view. The battle is depicted in silhouettes of both peaceful and violent people. Together, these opposed attitudes create a crossed pattern, a simplifying negation, without nuance. These manichean pictures demonstrate the physical inability to equal a digital tool. 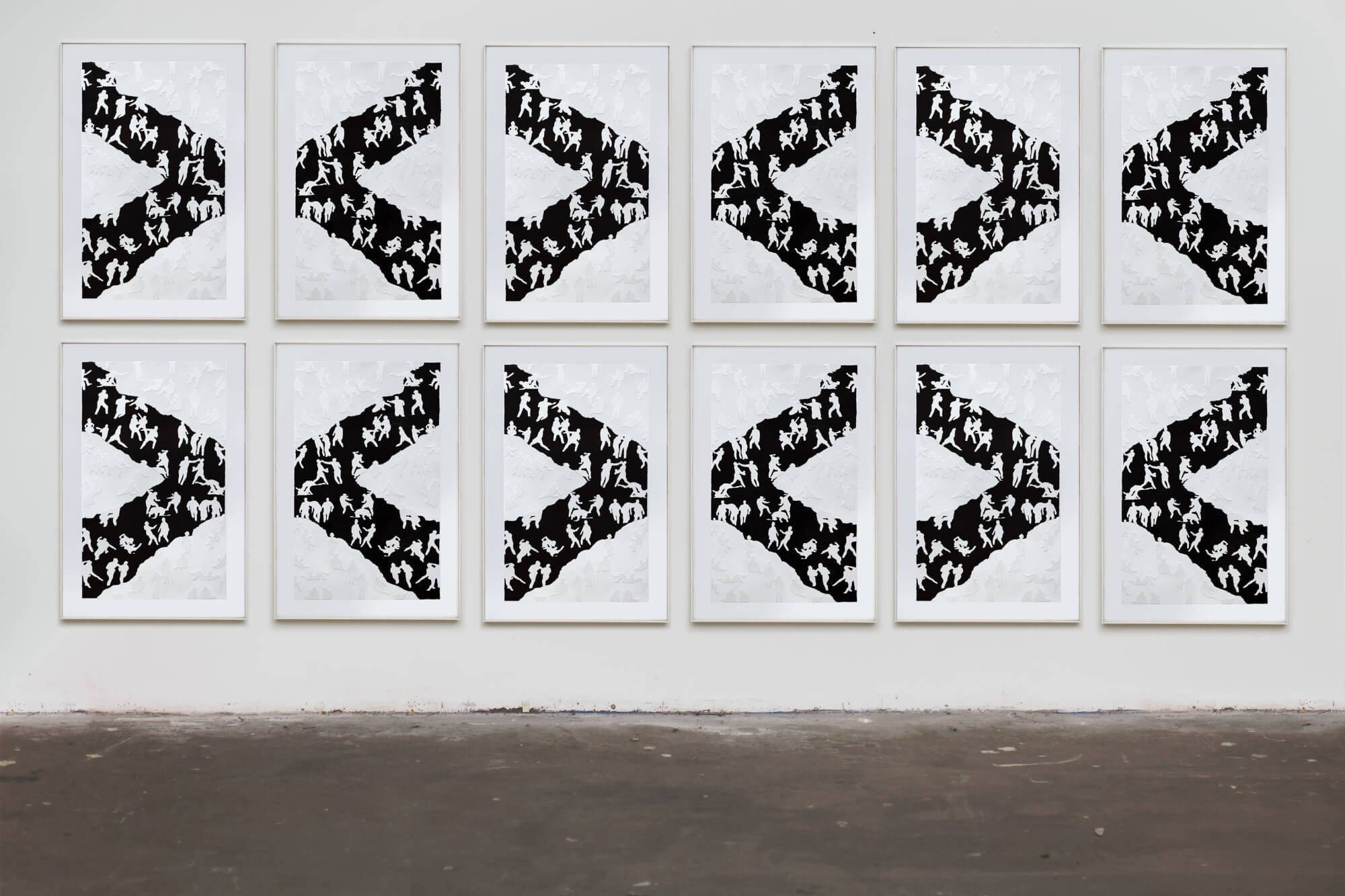 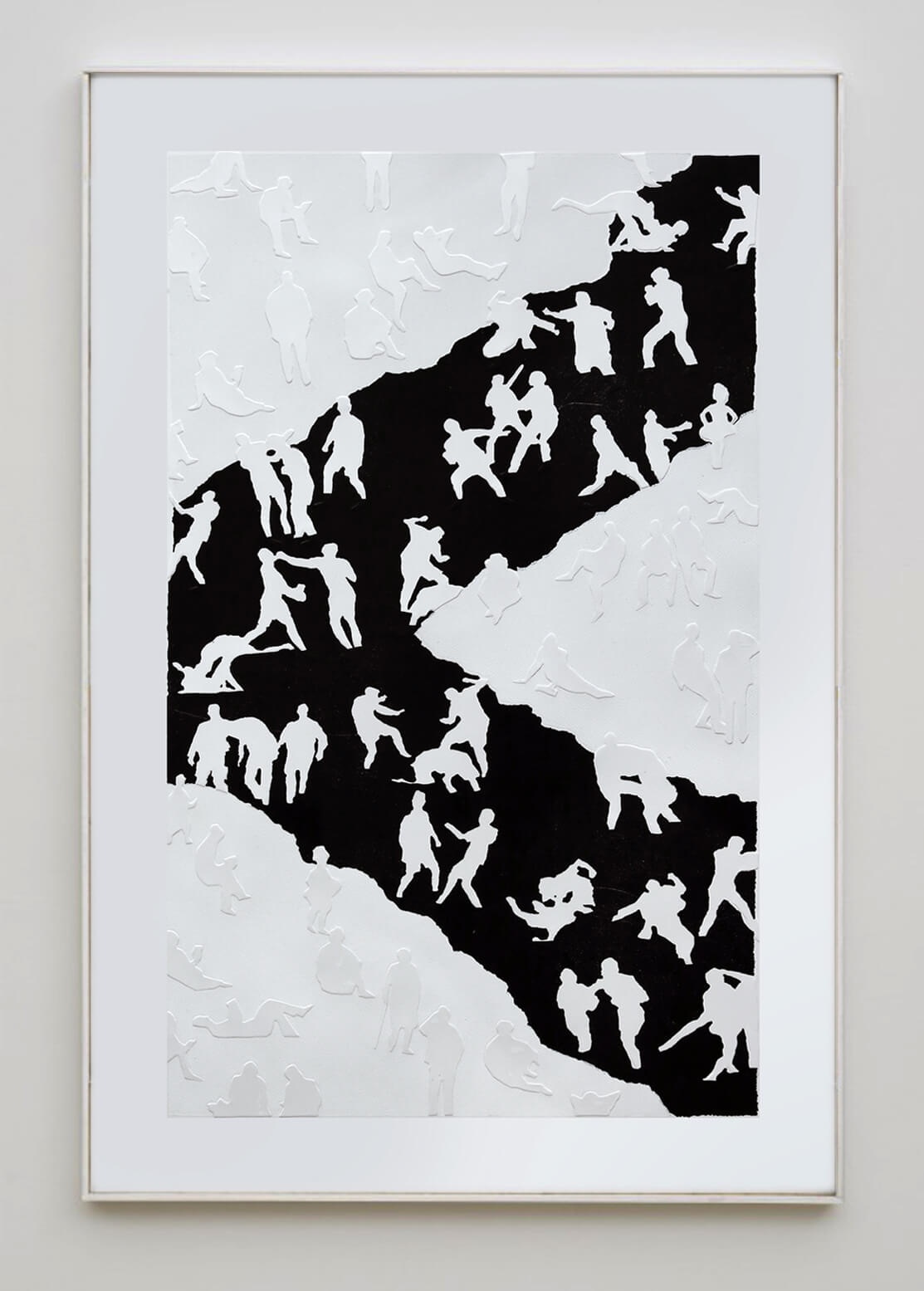